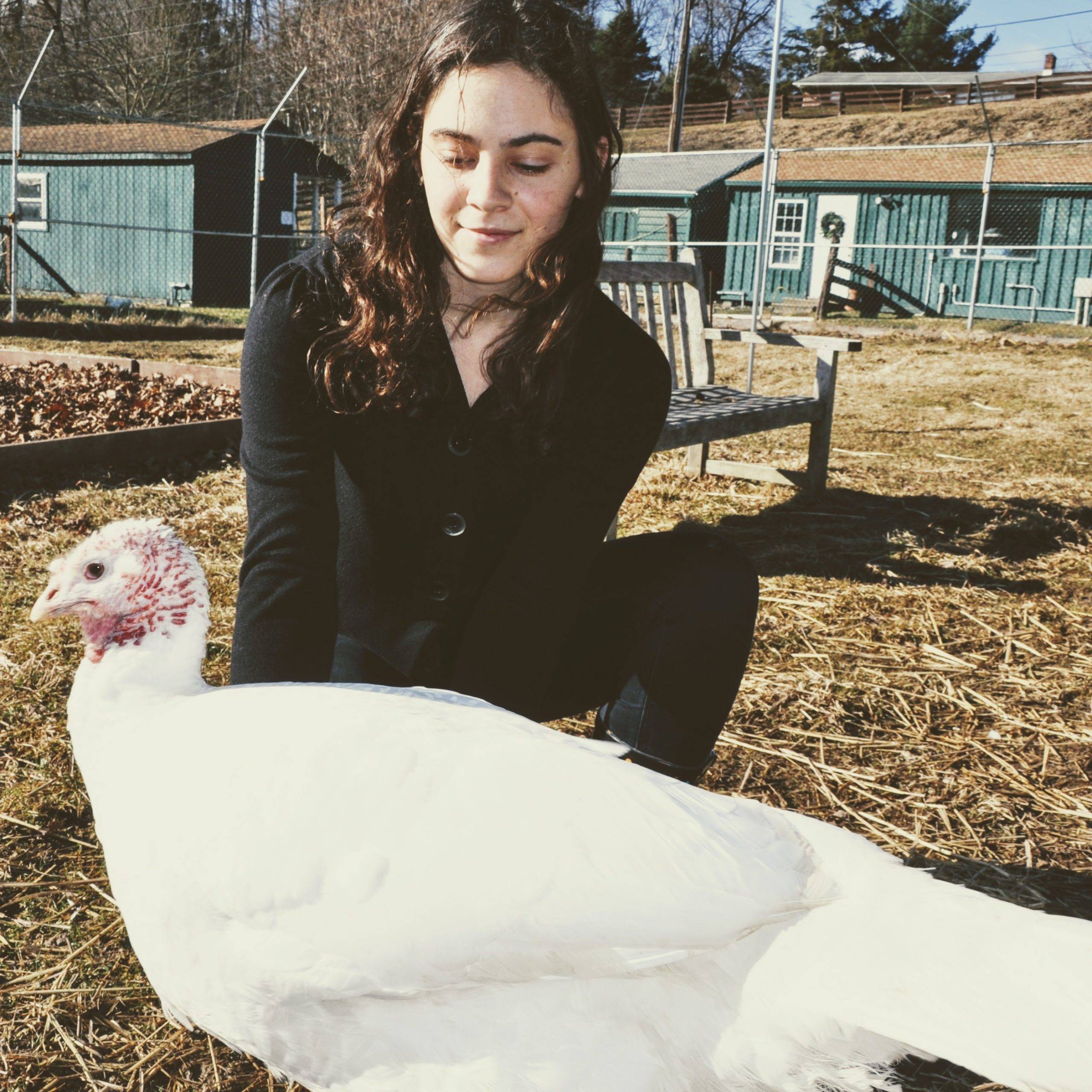 In 2017, Ramona followed a flier to a potluck hosted by Direct Action Everywhere and attended her first protest the following day. Inspired by the power of DxE’s disruptive approach, she worked in the Chicago animal movement over the following years, attending local and regional advocacy and protests. After an undercover investigation of Fair Oaks Farms surfaced abusive treatment, she co-organized a series of actions targeting their Chicago headquarters. Ramona helped jump start the Slaughter Free Chicago campaign, which has succeeded in shutting down slaughterhouses in the city and ignited similar campaigns across the country. During her time studying at the University of Illinois, she founded and led a student organization, Students for Animal Liberation, which continues to provide an inclusive, community-centered space to galvanize both on and off campus animal advocacy.

Her experiences as an advocate and organizer inspired her to learn more deeply about in-group tension and cultural impediments to the animal freedom movement. She conducted an undergraduate thesis exploring challenges, strategies, and goals of the Midwest animal movement, interviewing movement organizers and leaders. She is interested in the mechanisms organizations can use to create transformative environments for their members to support the movement’s ultimate success.