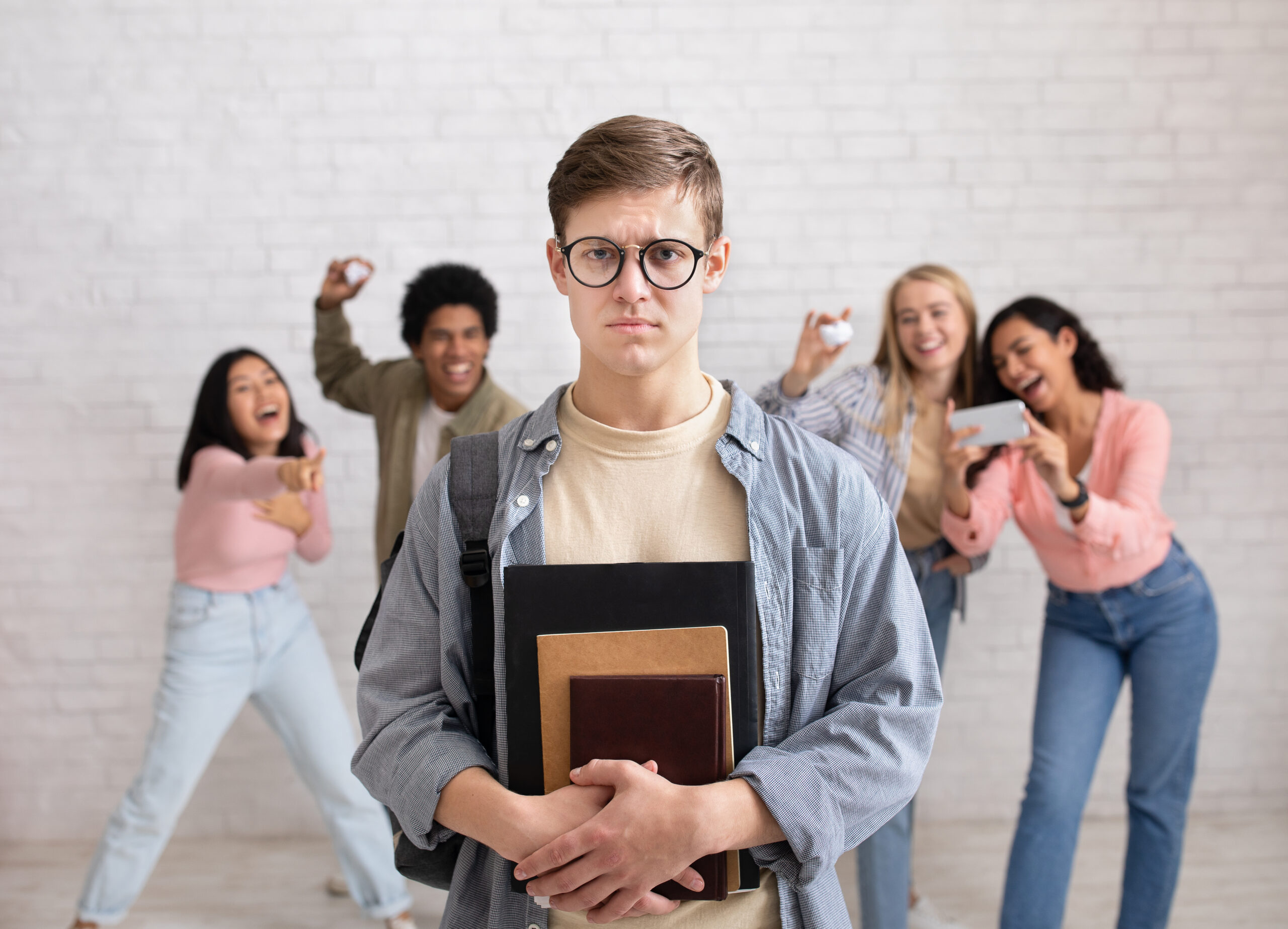 This post is the first in a series of three articles. In part one, I make the case that the farmed animal movement’s dominant theory of change neglects the role of social norms in shaping people’s attachment to meat. As a result, current strategies are insufficient to bring about the end of animal farming. In part two, I’ll introduce the science of social networks, which has cast new light on how changes in norms spread. In part three, I present social movements as a potent strategy for unleashing the power of social networks to change norms at scale, particularly in the case of animal freedom.

What’s in a Food Choice?

At a recent conference, I had a chance to hear Bruce Friedrich of the Good Food Institute give his standard talk on GFI’s work. In case you’re not familiar, GFI exists to support the development of animal-free foods by coordinating the industry, conducting research, and lobbying. I’ve heard a fair amount about GFI’s theory of change, and I wasn’t expecting anything surprising, though I was impressed with how polished and forceful a talk Bruce fit into 15 minutes. It was reassuring to imagine him as a representative for the cause, giving this pitch to legislators.

Yet even though I knew to expect it, one moment in Bruce’s talk has been replaying in my mind: when he asserted that “people decide what to eat based on taste, price, and convenience.” I’m so familiar with this argument that it exists in my head as an acronym: the TPC postulate.1 The TPC postulate holds that the moment animal-free foods taste the same or better, cost the same or less, and are as accessible as animal meat, people will choose to buy them instead.

A substantial portion of the animal movement’s resources is invested in the TPC postulate each year.2 Organizations using this theory of change work either to improve animal-free foods or to drive up the cost of producing animal meat. The latter is one strategic argument I’ve heard in favor of welfare campaigns for cage-free eggs or the Better Chicken Commitment for chickens raised for meat: higher welfare products are more expensive to produce and thus less competitive with ever-improving alternatives. Together, these two parts of the movement (those working to drive up the cost of meat or drive down the cost of alternatives) make up what I call the Economic Theory of Change.

This is what Bruce was referring to when he said that “people decide what to eat based on taste, price, and convenience.” There’s just one problem: that statement has some major flaws. In fact, the TPC postulate makes a huge error, one which highlights what I believe is the biggest gap in the animal advocacy ecosystem today.3 My goal for this series of posts is to illuminate that gap and chart a path for how to fill it, using three closely related ideas: social norms, social networks, and social movements.

The Price of Eggs in Chinatown

Where in the world is the missing piece of the TPC postulate? We might begin our search in New York City. Like most cities, NYC grows virtually no food; food is brought in on trains, trucks, and boats from all over the world. From the standpoint of taste, price, and convenience, everyone in the city has access to basically the same foods at the same price. Yet on a day’s walk through Queens and Brooklyn, you could pass through a dozen ethnic enclaves and watch the food environment change dramatically. Totally different foods dominate in Chinatown than in Petit Senegal, Bangla Town, or Jamaica.

As a reader at this point, I’d be thinking, “What a mundane observation.” Of course people from different cultures eat different foods. Yet this unremarkable fact flies in the face of the TPC postulate. There is much more to people’s food choices than just taste, price, and convenience. Rather, people’s relationship to food is mediated by deep cultural attachments, such as nostalgia for familiar childhood foods.

But can’t we just replace the meat in those dishes with identical cultivated meat or equally tasty meat made from plants? That depends on what it means to be identical or equal.

In a 2008 study, researchers gave participants two sausages. One was made from a pig, and one was from plants. Most people said they preferred the taste of the pig sausage. No surprises there, but plant-based meat has improved dramatically since 2008, right?

Not so fast. The twist of the study is that half of the participants were misinformed about which sausage was which. And the decisive factor determining which sausage people preferred was not what it was made of, but what people thought it was made of. The actual chemistry of the sausage didn’t matter. Most people preferred the taste of the sausage they thought was from a pig, regardless of whether it was. And who are we to argue? This is precisely the point: taste lives not in the physical form of the food we eat, but in our minds. The chemical reactions of food-on-tongue are only one factor. Consider that wine tastes better when you think it’s more expensive.

A Matter of Taste

So what factors besides chemistry might shape people’s perception that animal meat tastes better? This is an existential question for animal advocates. Without the right answer, we may never overcome public ambivalence about animal-free food. With the right answer, we may find an even more direct path to ending animal farming than we ever thought possible.

It turns out that cultural attachments have everything to do with people’s preference for “real” meat from animals. In Pax Fauna’s public opinion research4 with ordinary meat-eating Americans, culture has been one of the most consistent themes, as in these quotes:

In fact, in the aforementioned study using sausages, while most people preferred the animal-based sausage (or so they thought), some preferred the sausage they thought was plant-based. And researchers noticed a pattern: the thing that predicted what sausage people would prefer was their cultural values. Cultural values affected people’s experience of the taste of each sausage more than chemistry.

Or consider the blowback against GMOs. Genetically modifying crops promised to make food less expensive and perhaps even more nutritious without changing the taste. Opposition to GMOs had nothing to do with taste, price, or convenience. The concerns were economic (small farmers’ control over their own crop supply) as well as naturalistic. Whatever your personal feelings about GMOs, this is a cautionary tale for animal-free foods. Anti-GMO campaigns successfully banned the practice in dozens of countries, and the same naturalistic values are central to many consumers’ attachment to meat from animals, at least according to our research participants:

Without a doubt, taste, price, and convenience have also been common themes in our interviews. But if the participants are taken at face value, addressing these issues alone would fall short of overcoming people’s attachment to animal meat.

Besides taste, price, and convenience, people’s food choices are heavily shaped by deeper values connected to culture and naturalism. These values are less tangible than price and chemistry but they are no less real and may be even more important. As the story of GMOs shows, animal advocates cannot afford to ignore them.

Yet even culture and naturalism may represent only the tip of the iceberg when it comes to the psychology of meat. Research points to an even bigger obstacle to changing eating habits. This problem has been articulated with brilliant simplicity by Dr. Melanie Joy: most people eat meat because… most people eat meat! That is, most individuals eat meat because everyone around them is doing it.

While culture and naturalism may be the frames through which people rationalize their continued meat consumption despite their ethical misgivings about killing animals for food, social reinforcement is the much more powerful force keeping this norm in place. Social norms influence our behavior in profound ways that we are often totally oblivious to. In study after study, people are able to see that social norms are influencing other people’s behavior but deny the effect on themselves. Yet in the case of meat-eating, we have found that these normative effects are so undeniably strong that a reasonable number of people are able to recognize them:

A recent study by Faunalytics reached similar conclusions about the main barriers to diet change. Researchers followed new vegetarians over a period of six months and asked about the top barriers people experienced to maintaining their new diet. They found that while cost and convenience (“Difficulty finding or preparing veg*n food”) were factors, “The worst barriers to diet change were feeling unhealthy, not seeing veg*nism as part of one’s identity, and believing society perceives veg*nism negatively.” In other words, social factors (and health). Of 14 barriers Faunalytics identified, 7 were different types of social and cultural influence, 2 were health-related, and taste, price, and convenience were each one.5

Finally, we can see the crux of the problem with the TPC postulate. People have deep ethical misgivings about killing animals for food, but they continue to eat meat. Taste, price, and convenience are part of the reason, but they only scratch the surface. Deeper values of culture and naturalness contribute to meat attachment, even shaping taste experiences. But social reinforcement may play the most significant role of all.

This, again, is not good news for animal advocates. It means that even if we can overcome one person’s counterarguments, it won’t matter; they’ll just go back to eating meat because everyone around them is doing it.

Instead, we must figure out how to engage at a higher level, rather than trying to reach consumers one at a time. We need a systems model for understanding the web of interactions and signals that create dominant norms in society, and a set of strategies for shattering the equilibrium around one of the world's most prevalent, entrenched social norms.

Are you finally ready for some good news?

One comment on “The Animal Movement’s Biggest Blind Spot”